Our goal with this real time case study is to demonstrate that B2B PR delivers a measurable ROI and can exceed all KPIs. Below, we are offer a look behind the curtain, a backstage pass, to see how we deliver measurable results. This living case study formed around the KPIs of one of our clients will continually be updated to demonstrate how a single snowflake in the mountains can build toward an avalanche of momentum behind the growth of your business.

We will demonstrate how a client went from zero to 60 MPH in just a matter of months by utilizing the Rankin PR program. We are withholding the client’s name due to the sheer number of details we are divulging. For this case study, we will refer to them as “Xuccess Tech Corp.”

Let’s go back to January 2020… Xuccess was just starting out on the public relations track and had no idea what they would soon be up against. This client had done very little in terms of marketing and was essentially surviving off the success it had with its current customer base. It was not growing, but it was surviving, barely.

The client’s goals were to increase awareness among their target audience and the verticals in which they serviced. They also wanted that to translate into leads and conversions. What they found along the way was that their B2B technology PR would deliver way beyond their initial expectations.

The goal for Rankin PR in month one is the same for most clients. We begin with a deep dive into discovery and trying to capture the client story. We dig through every detail of the company, their top competitors, their market(s), and their target audience. From this we can glean valuable insight into a strategy that lets us position and promote that client’s differentiators and value proposition.

We then began to craft the first article using the company’s customers to do the talking. What problems were they facing before they met you. What pain was this causing them and what alternatives did they explore before they chose to work with you.

That story then goes directly to the publications that target your ideal customers. Our established relationships with editors allow us to get each story published numerous times; averaging between 9-15 times.

Xuccess’ story delivers early victory, publishing four times and reaching over 300,000 potential customers over the first cycle. This brought in an immediate $27,000 in terms of Earned Media Value (EMV) – a quantitative dollar amount on the value of all exposure you gain from being published within industry trade journals (print and online).

Not a bad start, and the first results are now showing up. They converted 2 leads. To put things into perspective, this was now March of 2020 and every business around the globe was bracing for a pandemic that would put the entire world on hold. The immediate inbound conversions were undoubtedly affected by this, but the client was steadfast on continuing the program seeing that something bigger was happening. 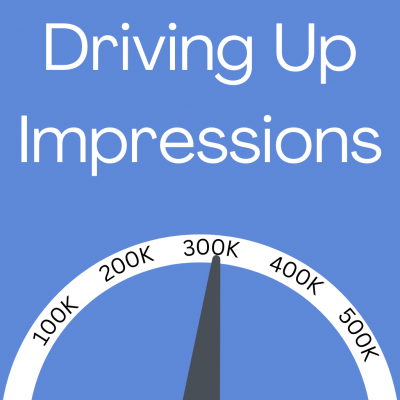 At this time, the first story is still being pitched to editors, and now we begin writing the second feature story. This is where things started to pick up rather dramatically for Xuccess. Nine more articles were published within this time frame and they reach another 300,000 people. They also received their first cover story in one of the top publications within their target industry. A cover story is priceless because you can’t buy your way onto the cover, but also because it becomes such a huge sales tool. The company passed out copies at their largest trade show (which was virtual at this time), they sent them out in emails, and their sales team passed them out to prospects. It also appeared on the website. They were able to get a lot of mileage out of just that one placement.

The EMV for this term barreled over the $103,000 mark and when you add in the residual content value, they already hit their ROI.

More importantly, the conversions are now coming in red hot. We were still within the grips of a pandemic, but the company was able to count 27 conversions in this time frame. A conversion is simply when a potential customer takes some form of action. Emails, phone calls, website form submissions, RFQs, etc. are all measurable conversions. Conversions are a key indicator for determining whether your marketing and communications are working. As conversion rates go up, profits increase.

During this next period, we completed the pitching of the first article with a grand total of 19 published articles (print and online). Again, we began working on the next article and continued pitching and placing article number two.

During this term, eight articles published for Xuccess, reaching over 360,000 potential customers. The EMV is nearing $68,000 and again the conversions are on the rise. 47 are recorded by the company and now the B2B PR has delivered an ROI for the year is now crystal clear.

2020 Q4 Results:
Conversions on the Rise

Again, we wrote another article and continued pitching article number three. The first wave of the pandemic was coming to an end and people were looking to return to more normalcy. For those clients that stayed the course and kept marketing through it all they were now seeing the fruits of their labor. During this time, Xuccess sees 10 more articles publish and reaches more than 250,000 people with their stories. The EMV for this month comes in at $77,000 and the conversion break the triple digit marker with 104.

At this time, the company began tracking their backlinks which have been organically populated in online articles. They compiled 15 backlinks in the first year with an average domain authority (DA) score of 77. If you were to pay an outside company to generate backlinks, they would typically fall between 30-50 and cost between 1,000 and 2,000 for each link. The cost of these first 15 “do follow” links would then be worth about $30,000 alone.

We now are into year two, and during this time the client decided to add our LinkedIn Management onto the program. During the pandemic, LinkedIn usage skyrocketed, increasing usage among business professionals by more than 50%.

The company received their 5th article and previous stories continue in the headlines with 7 more published articles. They reach 170,000 people in their target markets and receive another cover story in a major industry journal. The Earned Media Value for the term is almost $140,000 and the conversions are now at 148 for this period alone.

Meanwhile the LinkedIn program slowly started to build a following. Impressions were just over 200 people and the following has grown steadily.

The client has a really great period reaching almost 300,000 people with the PR articles, with an EMV equal to $46,810. Conversions are way up with 161 for the period. Sales are greatly improving and the company begins projecting huge increases for the fiscal year.

LinkedIn growth has quickly gained momentum as more than 550 impressions are recorded and the number of followers has grown to more than a hundred people in just the first 6 months of posting. As a note: the potential customer for this client is niche, but followers are easily tracked and it turns out the vast majority of the followers match the profile for their ideal customer. 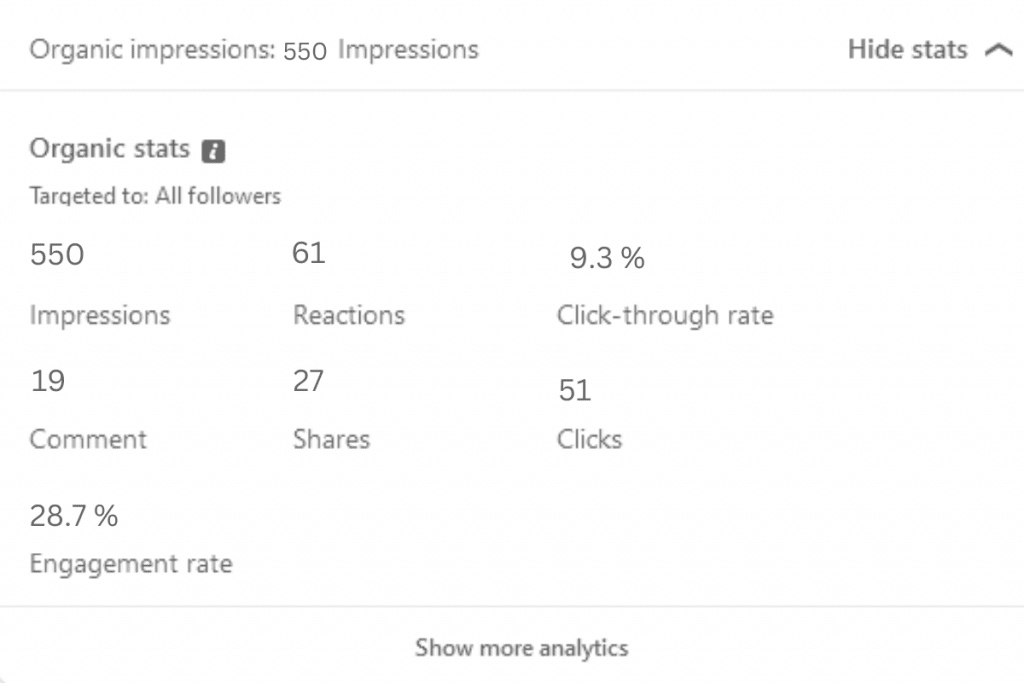 An amazing thing happens during this time period. The company sales cycle – the time it takes the company to go from someone entering their sales funnel to closing – is greatly decreasing. Estimated at about 10 months when the program started, it has been shortened by about 2-3 months. This is directly attributed to the articles, which for starters, are educating prospects and the sales discussions are now beginning much further along in the sales process than previously. Secondly, the articles deliver the credibility, trust, and authority needed for prospects to buy.

The client is published in seven more industry trade journals, reaching almost 600,000 potential prospects. Conversions are up to 237 with the Earned Media Value of just over $50,000.

LinkedIn is now up to more than 1,800 impressions over this time period, and the following has grown to more than 200.

During this period sales have increased by more than 250% since the year prior to starting the program. Six articles have published and the company receives their third cover story, this time in their “dream publication.” The stats show that more than 200,000 people saw their stories over this time period and they recorded over 260 conversions.

Meanwhile, LinkedIn is delivering great returns with just under 8,000 impressions recorded and a following the passes 350 people.

At the start of the 3rd year, the company is generating a huge following and is now overtaking some larger competitors in market share. Nine more articles have published and over 700,000 people have been exposed to their stories. Conversions top 328 for the period and LinkedIn is also exploding as impressions from the social media platform reaches 8,500. 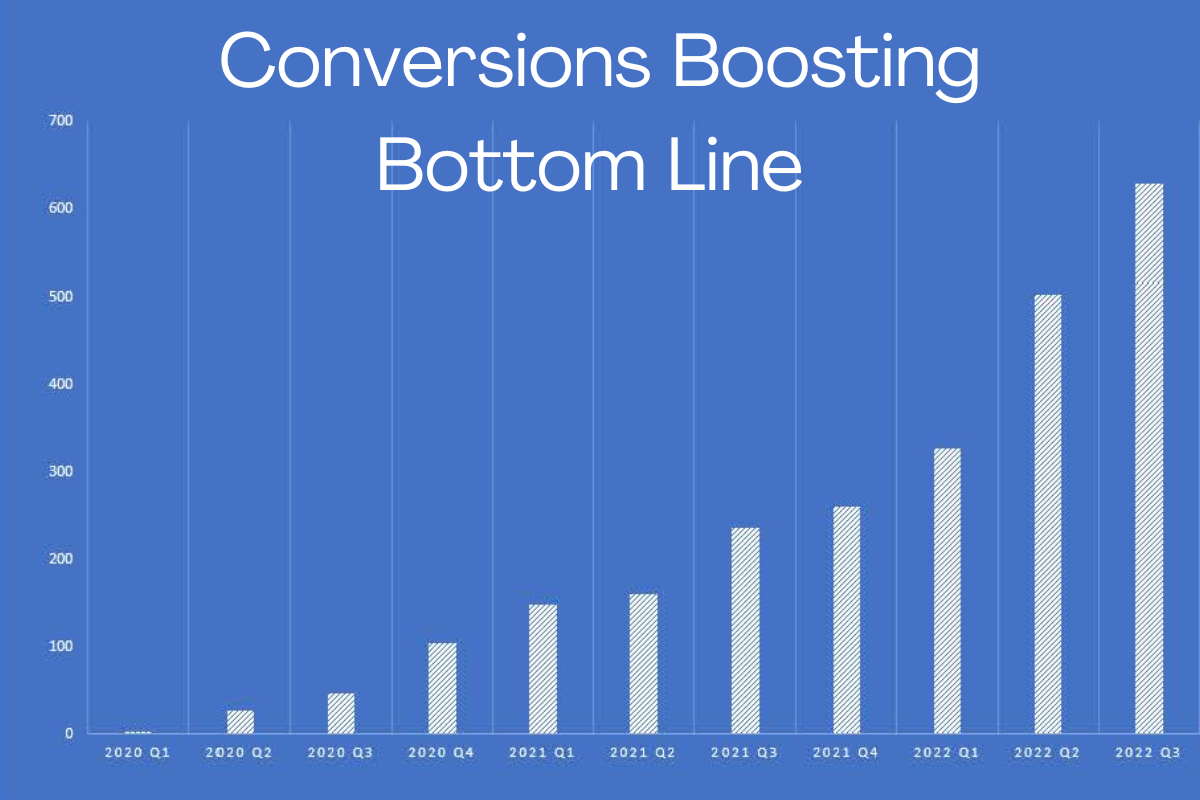 Conversion blow past 500 for the period and the company is scaling up to handle the load. They buy a larger facility and begin the move. Hires are also up and the company is looking for at larger orders and turning down opportunities that are less than ideal for the first time in their history.

Six feature articles have published within this time period and over 325,000 impressions are created.  The EMV for is over $40,000 for the 3-month cycle.

An additional 9,000 impressions are made on LinkedIn and the following is now over 550 industry professionals.