How to handle corporate mistakes and crisis management without the typical “PR spin” tricks?

When it comes to rapid growth, few brands have rocketed their way to prominence faster than communications technology giant Zoom. In fact, it is remarkable how in just a few months a company can go from relative obscurity to a highly recognizable brand. Its name is now so ingrained in the lexicon that it is used as a verb, much like Google. Today, people don’t video chat, they “Zoom” with family, co-workers, students and customers. While the company’s meteoric rise has been remarkable, it has not come without some significant hiccups. Yet it is not the focus of those blunders that is significant. Ironically, it was their approach to crisis management that should be shared and studied.

Today, most companies are looking for ways to “spin” or bury negative news. Zoom’s strategy, on the other hand, points to a much more effective technique. That is to face the crisis head-on and own the mistake. Then being genuinely contrite and explaining to the public what steps will be taken to prevent it from happening again.

It sounds so simple that one would think every company would try this direct approach to crisis management. In fact, isn’t this the way young children are taught to handle mistakes? To take responsibility, apologize to anyone you hurt and figure out how to keep from repeating the same mistakes.

Credit goes to Zoom and its CEO Eric S. Yuan – who may or may not have come up with the strategy but surely deserves credit for implementing it so effectively.

Zoom In on PR Crisis Management

It all began very early in the coronavirus pandemic. Zoom took over the role of connecting people who were restricted from going to the office, visiting customers, going to school. It was during this time that the “ZoomBomb” blew up right in the company’s face.

In case you forgot or missed the news, Zoombombing or Zoom raiding was where hackers would infiltrate a zoom session and often leave lewd, offensive or racist materials. Zoom was not the only videoconferencing platform to suffer from these internet “trolls.” However, because it had grown to be the platform of choice, it received a overwhelming majority of the negative news coverage.

One of the main problems was that rapid growth. In three months Zoom went from averaging fewer than 10-million users per day to over 200-million daily users. This gave hackers a larger window to program a tool that could guess random meeting identification numbers and join calls uninvited.

In this situation, Yaun took full responsibility for the mistake. He spoke directly to his users and admitted Zoom had “fallen short of the community’s – and [its] own – privacy and security expectations.” He not only apologized for the error, but he shared a long and impressive list of the steps Zoom would take to ensure it would not happen again.

Furthermore, Zoom took swift action by adding features that make it easier to keep out unwanted perpetrators. These included password protection and waiting rooms for both free and paid accounts.

The breach failed to slow the use of Zoom in any way. In fact, taking on the crisis directly seemed to have played a significant role in quickly regaining public trust.

As Zoom continues to integrate itself into our lives, it has increasingly become a part of our critical infrastructure. On August 24th, 2020 when the company experienced a huge outage, schooling stopped, business meetings halted and sales calls ceased.

The problem took over three hours to correct. This may not seem like a long time to be without a technology that most people had never used, or even heard of, 6 months earlier. However, now with many of its more than 300-million daily users, the damage to business and educational activity was likely significant.

This crisis came with a number of competitors like Google Meet, Skype and Microsoft Teams waiting to pounce. Yet, Zoom was able to establish the what has become the textbook way to manage these types of problems.

It did not shirk responsibility, blame the “fake media” or make excuses as is often the current trend. Instead, Zoom’s president of product and engineering delivered this statement to its users. “I’m here to get this right and will personally do my best to prevent disruptions like this from happening in the future,” pronounced Velchamy Sankarlingam.

The announcement encompass all that good crisis communications should. Not only that, but astonishingly enough, they were able to do it all in just one sentence. It was simply a feat of communications excellence from Zoom. One that should be adopted and emulated by every company out there.

Crisis Management Without the PR Spin

It should be noted that the terms PR, public relations and publicity were never mentioned within this article. It was also missing throughout a vast majority of the recent Zoom news coverage. All too often references during a crisis get boiled down to bad publicity or a PR crisis. This actually delivers a negative connotation for public relations. One that PR is a manipulation tool used to spin the truth or make it all “disappear”.

Crisis PR management should be about good communication that ultimately restores public trust. Not about altering people’s perception or brushing an issue under the rug.

When a company faces a crisis, it pays to take a page out of the Zoom PR playbook. Let’s be clear, I am not saying Zoom made these calls without the advice of a PR team or agency. However, the end result is that it handled these situations correctly and restored its relationship with the public. That makes it a win for Zoom and a good guide for all PR practitioners going forward.

Want to learn about our B2B PR services? Check out this page. 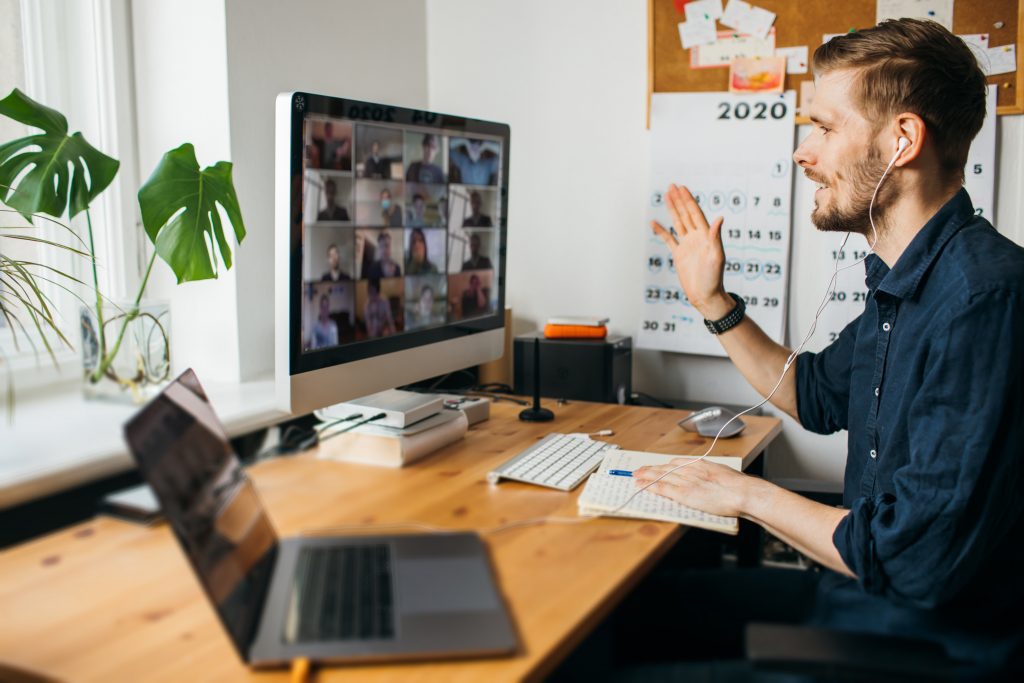