From wireless millimeter wave propagation to fiber optics and everything in between, you need someone the understands telecom PR. We have done some significant work in the telecommunication industry, including working with Amtrak. America’s passenger rail system transported itself into the future by completely overhauling its communications infrastructure. Starting at Chicago Union Station and then moving from Washington DC, up through Baltimore, and finally, to New York City, we told the story of how Amtrak equipped itself with a future-proof optical, advanced GPON (Gigabit Passive Optical Network) and Digital Electric systems.

We have also worked with NASA on cutting-edge millimeter wave technology. The work the space agency is doing will enable the coming boom of 5G and 6G.

By being hyper-focused on the telecommunication sector, we have taken our client’s public relations campaigns to stratospheric heights. We have developed a niche within the telecom industry writing feature articles, and getting those published, as essentially contributing writers, for top-tier trade publications.

In fact, our feature articles have been published over 10,000 times in major trade publications and have been read by over 250 million people worldwide. By taking this approach, you can get one article published 10-15 times (or more). The aforementioned Amtrak story was published over 20 times.

Why partner with Rankin PR for your telecom PR

What would your customers say about you?

Your customers love what you do. Now, how do you leverage that?

Getting your customers to share their experiences with you is great. However, developing that from a one or two-sentence statement into a great story is a way better strategy. Then take those stories and get them published as news items at not one, but maybe 15-20 different trade publications. That is the most effective way to leverage all the hard work you put into being great.

It does not have to stop there. Here are 3 impactful ways to use those same customer testimonials.

Are you a fit for our telecom PR program? Book a 30 min discovery call.

Making the call to go with telecom PR 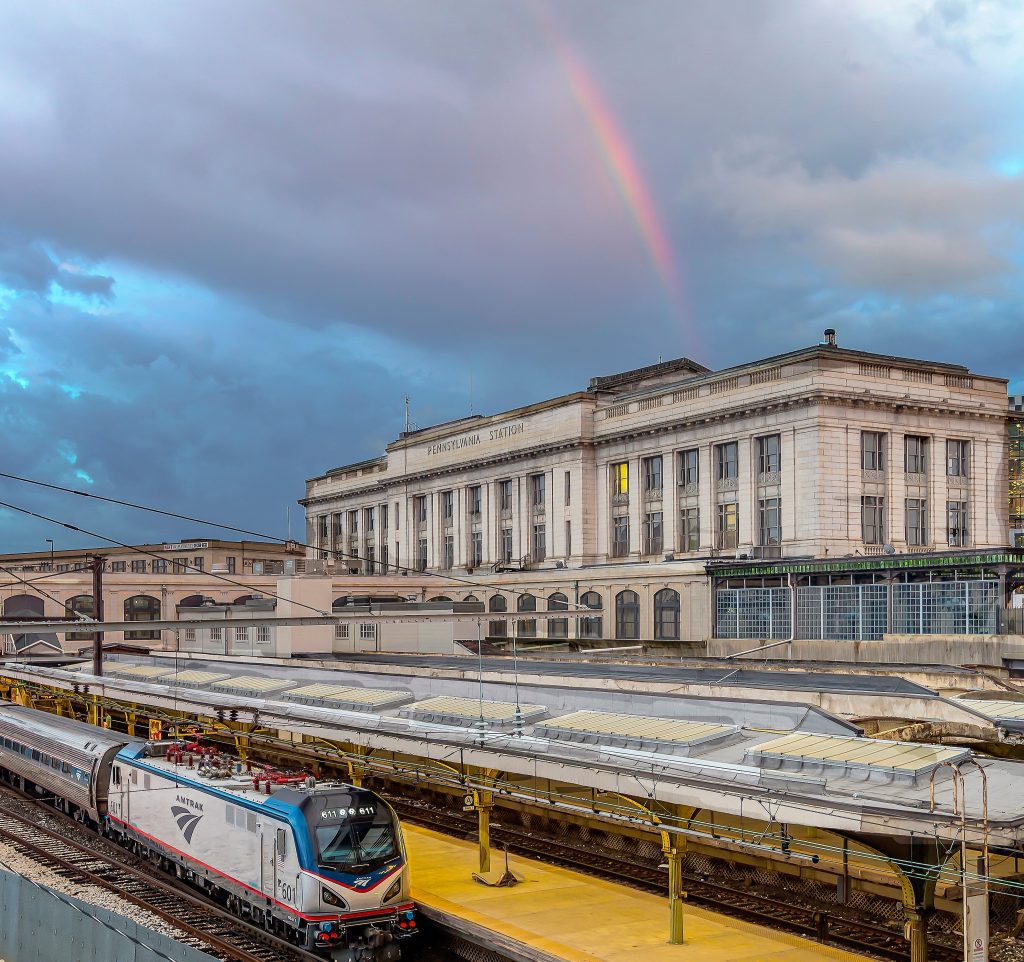 Here is an example of our work in telecom public relations:

Over the last few years, Amtrak has been busy working on more than just the railroad. In a move to transport America’s passenger rail system into the future of rail travel, the company is overhauling its communications infrastructure. This move will enable the automation of an array of operational capabilities that will increase efficiencies and profitability.

Starting a few years ago at Chicago Union Station and then in Baltimore and Washington DC, Amtrak equipped its new headquarters with a future-proof optical, advanced GPON (Gigabit Passive Optical Network) and Digital Electric systems. This gave their newly renovated facility a highly efficient, resilient, and cost-effective network that provides a wide range of high bandwidth telecommunications capabilities at gigabit speeds.

In recent months, Amtrak has continued the overhaul of its communications systems by renovating the network infrastructure at several of its major terminals, signaling that they are ‘All aboard!’ with advanced GPON systems.

In addition, Amtrak has added benefits for its GPON networks by opting for a hybrid fiber and copper cable communications infrastructure. The hybrid cables include two copper conductors within the same jacket as the fiber optic strand, allowing a single cable to deliver high-bandwidth data and the power required for remote devices.

Our content has amazing residual value for companies that work in the telecommunications space. Unlike an advertisement that has a limited run, our feature articles stay online forever, essentially.

Plus, trade publications are where telecommunication engineers go first for research. According to a recent report, these are the top 5 places engineers go to research solutions:

The articles that publish in digital trade publications also provide high domain authority backlinks. This is worth more than water in the desert. Of all the SEO tricks used to get your site ranking higher, there are few things more important than backlinks. These links on other websites that direct traffic to your site are the most valuable tool in increasing domain authority and search engine rank.

The best way to get them is through earned media. Our earned media program has generated thousands of backlinks for our clients.

Plus, there is really no end to the way the content that we create can be repurposed for sales collateral, advertising, website content, social media campaigns, etc. This alone puts a 20X ROI on the value of our services.

Show me the stories

It can be hard to trust anyone or anything these days. As a business, it can be way more helpful to show someone what you can do instead of just telling them. Better still would be to have someone else show them what you can do.

We have built a whole business out of doing just that. We tell your customers’ stories about how you are solving their problems and get those in front of hundreds of thousands of people through trade publications.

Would you qualify for our telecom PR program? Let's find out.

One advantage of telecommunication public relations is it is extremely effective in generating qualified leads and increasing brand awareness, especially if it is part of an ongoing campaign. Research shows that 25% to 40% of all traffic and lead generation comes from media that is earned (not paid for, e.g., your website, advertising, social media, etc.).

There is an obvious reason for this. We’re in an age of informed and well-researched buyers. People hate to feel like they’re being sold to or worked over. This is where earned media is stepping up to deliver for telecom-focused operations.

Yet, to garner earned media you have to spend time and resources to create content that is worthy of being published. That is where we come in. We’ve got earned media down to a science.

Rankin PR’s telecom public relations has the power to build that trust and keep you from missing opportunities.

Promoting your business always and in all ways

If all it took to make your business grow was to make a better product, then you’d be set. However, companies with great products go out of business every day because they fail to reach the people who need their solutions.

The key to being a great business is to always be promoting. Today, the best promotional approach is to create disruptive, informative content, and then get that content in front of as many potential customers as possible, as often as you can.

This means your public relations has to go beyond the typical press release. It has to stop blasting useless information out on the wire. And it can’t be focused on promoting company news that has no impact on your customer. Your PR has to be about storytelling, about solving customers’ problems.

Our telecom PR provides you with the most unique opportunity to emotionally connect with your potential customers. Ask us how we get our client’s stories in front of 5 million or more B2B customers every year.